Konstantin Septinus was born in 1982. Music always was and will be his biggest passion. While growing up in a German family living in Berlin, Germany with a rich tradition in liberal arts (great-grandfather Conrad Felixmüller), he began taking piano lessons at the age six.

Soon after at age thirteen, he also started taking drum set lessons focused on the elements of Rock and Pop music while maintaining his love for the Classics such as Bach, Mendelssohn and Debussy.

At a young age, he engaged in projects and performed in concerts at the clubs in Berlin while slowly developing a stronger taste for Jazz as time passed. Some years later, his preference for piano and composing music resurfaced.

These days, he resides in the north of Germany, where he advances R&D at Sennheiser. When he is not working there, he sustains his creative identity as a composer, producer and an ambitious drummer, forward-thinking, keenly searching for sound.

Besides composing for his Jazz band The Fire Orange Project, playing the drums in one or the other Jazz-Fusion combo, Konstantin Septinus from time to time collaborates with various regional ensembles or works as a session drummer. Moreover, Konstantin voluntarily supports music initiatives of various types including certain event or music-related workshops. 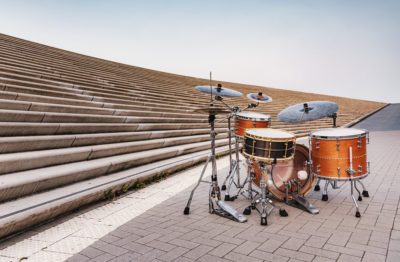 We use cookies to give you the best user experience. If you continue to use this site, we assume that you agree. OK Deny More information